With the increasing concern over the domestic spread of Zika in the US, we have been getting many questions regarding the virus and what impact it may have on our area. At Cooper Pest Solutions, you can be assured that we are staying up-to-date on all the latest research on Zika, as well as informing our residents on what they can expect on the virus’ effect for our area. 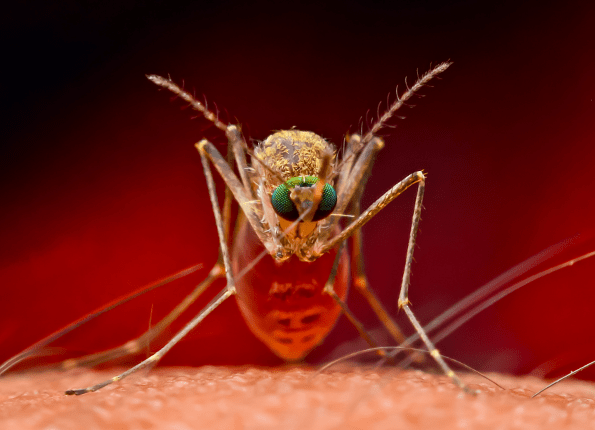 Contrary to what you may suspect, the Zika virus, which has taken the media by storm, has been around since 1947. The virus that was first discovered in a rhesus monkey was named after the Zika Forest in Uganda and had its first human case in 1952. Since then, there have been outbreaks in Africa, Southeast Asia, the Pacific Islands and the Americas.

Since its rapid spread over the last year, Zika has become a focal point in the media, especially with the 2016 summer Olympics being held in Brazil. From Brazil, Zika had been linked to several countries in South and Central America as well as the Caribbean. After only eight months from the discovery of Zika in Brazil, the country had over 30,000 cases of Zika causing widespread concern for neighboring countries and travelers looking to visit infected countries.

By January 2016, the Center for Disease Control (CDC) issued travel guidelines for travelers who were venturing to affected countries, including recommendations for pregnant women and women planning on becoming pregnant, to consider postponing travel to the Zika confirmed countries.

Although during the time following the cases in the Americas, the United States had not confirmed any cases that were domestically transmitted by mosquitoes. There were confirmed cases of Zika in the US, but they were contracted from travel to affected areas or transmitted from an individual to an uninfected individual through sexual relationships or contact with infected body fluids.

Pregnant women who are infected with the virus can spread it to their fetus during pregnancy and Zika has been linked to the birth deformity microcephaly, as well as other severe brain defects. It is recommended by the CDC that pregnant women, or partners looking to get pregnant, avoid travel to Zika confirmed locations.

Symptoms of Zika and Treatments

Many people infected with Zika may not have any symptoms of the virus, or they may be mild. Common symptoms are:

Symptoms may last anywhere from several days to a week and usually aren’t severe enough for a hospital visit. If you have recently traveled to a confirmed Zika area, your doctor can conduct a blood test to check for Zika. If you are confirmed to have Zika, you are likely to be protected from future infections.

There are currently no medications or vaccines available to combat Zika, so if you become infected, you should follow the CDC’s treatment recommendations:

How Will Domestic Transmission of Zika Impact the United States?

Up until July 2016, the confirmed cases of Zika in the US had strictly been travel-acquired, and then subsequently spread from one person to the next. However, the threat of the spread of Zika in the States has dramatically increased with the transmission of the virus in mosquitoes found in Texas.

Now with transmission occurring by mosquitoes within the US, the potential for more rapid spread has increased.  Currently, transmission of the virus has been limited to Aedes aegypti, which has a very limited range in the US, occurring only in the most Southern states. It will be very interesting to see what happens in the Southern states over the next few weeks and through the remainder of the summer.

Although the Zika has only been spread by the Aedes aegypti mosquito, there are concerns that a closely-related species, the Asian tiger mosquito (Aedes albopictus), which is more widely distributed throughout the country and is found in the Northeast, could also serve as a vector of Zika virus.

What Could Potentially Happen if the Asian Tiger Mosquito Can Transmit Zika?

The Asian tiger mosquito is part of the same genus as the Aedes Aegypti, the carrier of the Zika virus, and both species are considered a “backyard” mosquito since they rarely travel more than 500 feet from their breeding sources.

As of right now, the Northeast is not in imminent danger of Zika being spread by local mosquitoes. All the confirmed cases have been spread by Aedes aegypti.

If the Asian tiger mosquito were to begin transmitting the pathogen that causes Zika virus, the potential for more rapid transmission would exist.  The fear is that the Asian tiger mosquito could feed on infected individuals and then transmit the disease, and since the mosquito is more widely distributed in the US, it could lead to mosquito-based transmission outside of the areas where Aedes aegypti occurs.

What Can I Do to Prevent Contracting Zika?

There are some ways to protect you and your family from contracting Zika. If you live or are traveling to a Zika area, follow CDC’s guidelines for protecting yourself from mosquitoes.